Home > Education & Tutorials > What Determines the Price of Bitcoin?

What Determines the Price of Bitcoin? 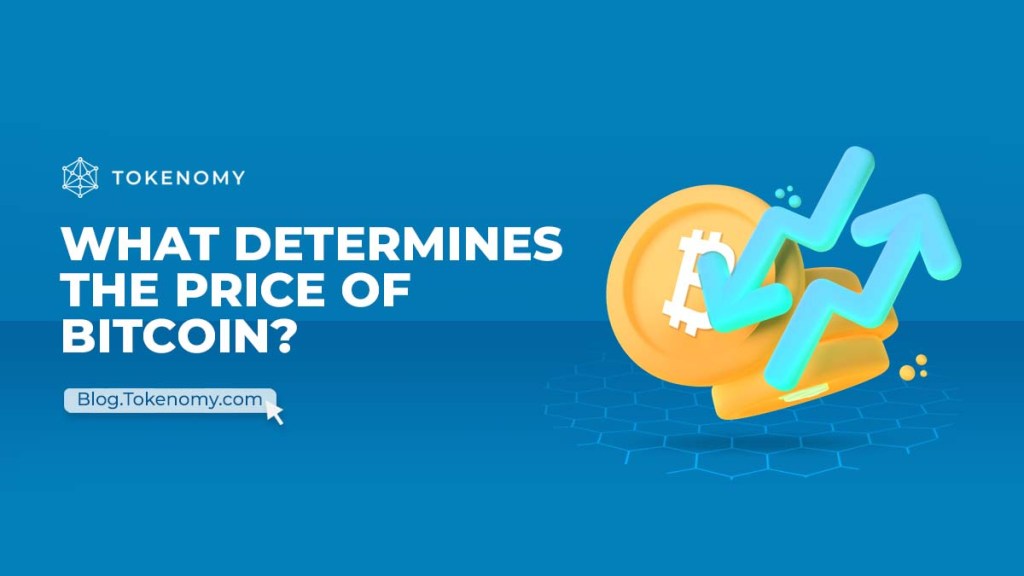 Bitcoin has attracted much interest with its growing value since its inception in 2009. However, it hasn’t always been growing in value, experiencing significant ups and downs in the market. Still, despite its volatility, the crypto asset has surpassed the value of other traditional assets.

Bitcoin has experienced significant price increases five times since its launch in 2009. So far, Bitcoin has reached an all-time high of $64,000 and increased its number of enthusiasts. On the way,  this crypto asset has had a very volatile curve and is often influenced by things such as political and economic conditions occurring in the world. According to historical data, Bitcoin has increased every year by as much as 200%. In August 2021, this asset dominated the crypto market and had a market cap figure of approximately 710,000,000,000 US dollars.

How to Analyze Bitcoin Price History

Before we jump straight into the Bitcoin data, let’s first know what methods we can use to analyze its price. As briefly explained above, there are three methods we can use: technical, fundamental, and public sentiment analysis. Each method has its own advantages and disadvantages, so it will be more accurate if done together.

After examining the types of analysis above, the next thing you can do to predict the price of Bitcoin is to study the factors that affect trading and their influence on the price of this asset. These factors have changed over time. In 2009, Bitcoin was a highly specialized asset with low liquidity. Trading this asset was done over the counter between users on BitcoinTalk or other forums who saw the value of Bitcoin as a decentralized currency. The speculation we see today in the world of Bitcoin trading has little role in determining the price of Bitcoin.

Bitcoin’s creator, Satoshi Nakamoto, mined the first Bitcoin blockchain network block in January 2009 and received 50 Bitcoin in return. He also sent 10 Bitcoin to Hal Finney a few days after the transaction. In May 2010, Bitcoin still had a price of less than $0.01. Then Bitcoin became more recognized after Laszlo Hanyecz bought two slices of Pizza with 10,000 BTC. At that time, all Bitcointalk forum users saw the transaction as something new. This trade contrasted with current usage, where you can buy everyday items easily with a Binance Visa Card.

As the price and popularity of Bitcoin grew, a small and unregulated industry joined to facilitate transactions and trading on its blockchain system. This can be seen in the exchange of crypto assets as payment systems on other market websites. The price of Bitcoin is significantly affected by the hacking of some of these websites. Some of these cases change the amount of Bitcoin in the market,cause surprising price spikes and make investors in the market hesitant to buy BTC assets.

Bitcoin now has more in common with other traditional assets than when it was first launched. Its widespread adoption in other industries, such as retail, finance, and politics, means that  many things influence the price of Bitcoin and trading activity related to the asset. Cryptocurrency-related investment institutions are also growing, and this has positively impacted Bitcoin. This shows that the determinants of Bitcoin’s price today differ from the factors at the beginning of Bitcoin’s development. Here is the full explanation:

According to CaseBitcoin, BTC assets have shown an increase of 196.7% compound annual growth rate over the past ten years. So far, there have been five significant changes in the price of Bitcoin, starting from its initial price of 1 USD to 65,000 USD in May 2021.  Here are five instances of significant Bitcoin price changes: