Home > Education & Tutorials > What is Bitcoin and How does it Work?

What is Bitcoin and How does it Work? 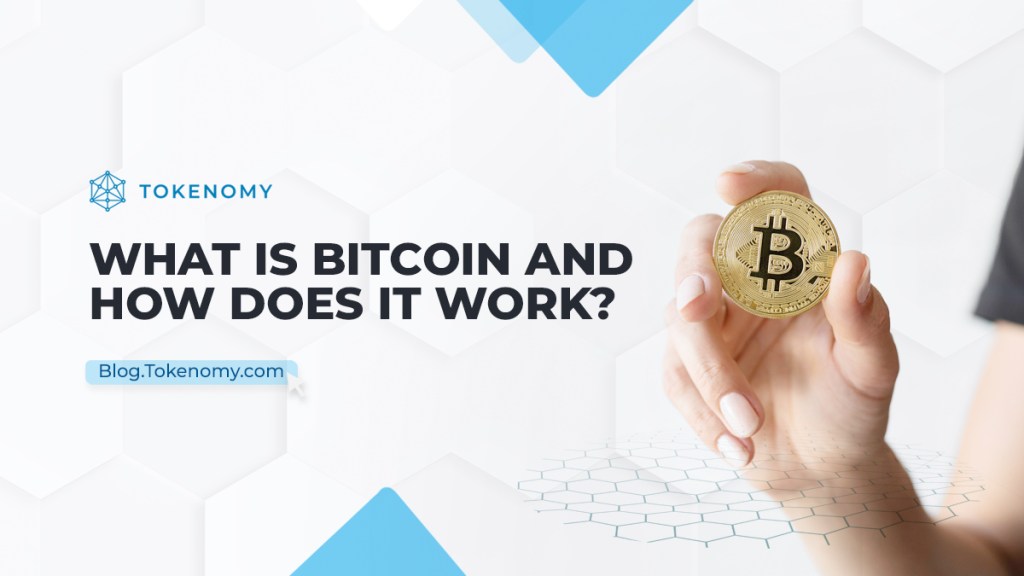 Since making its debut globally in 2008, Bitcoin has been driving new breakthroughs on the internet by becoming an alternative currency to fiat money. After a long tumultuous time, Bitcoin is now widely known as one of the top crypto investments. The crypto market is now entering the second decade and its development continues to accelerate.

The growing value of crypto has motivated many big companies like Fidelity Investment and CME Group to invest and pour resources into it. Several world-class universities such as Harvard, Stanford, and Yale have also contributed to the Bitcoin whitepaper. This is also followed by giant technology companies such as Facebook and PayPal which also support the development of cryptocurrencies. Such developments are a good indication to start investing in crypto.

Even so, there are still many new investors who do not understand what crypto is and also how the asset works. In this article, Tokenomy will help you to understand what Bitcoin is and how it works.

As the first cryptocurrency to be invented, Bitcoin is a useful case study to learn more about the crypto-space.Bitcoin is considered a solution to the technical problem of digital money movement and also an economic phenomenon that makes it easier for people to carry out digital transactions that were previously considered impossible. The Bitcoin blockchain system has also become the basis for other cryptosystems, so understanding Bitcoin will help investors to gain knowledge of other blockchain systems.

Bitcoin is the first cryptocurrency and was created by an anonymous person known as Satoshi Nakamoto. This coin was first recognized through a whitepaper that appeared on October 31, 2008, entitled ‘Bitcoin: A Peer-to-Peer Electronic Cash System’ and was sent to a number of emails owned by cryptographers. In the whitepaper, Nakamoto describes his vision of how an individual can store, send, and receive digital assets without the need for a third party such as a bank to act as an intermediary. After the whitepaper was published, on January 3, 2008, Bitcoin’s software was made available to the public.

In short, Bitcoin is a digital currency that is produced in a blockchain system that adheres to the principle of peer to peer so it does not require a third party such as a bank. The users can directly send crypto to each other in the system without any intermediaries and the blockchain system will record all transactions. All these transactions will be verified by nodes in the cryptographic network and their records can be accessed by the public in a transparent manner.

We can see how Bitcoin works from studying how the underlying blockchain system works. Blockchain itself is a system consisting of a network of computers spread all over the world. This system consists of many blocks that will receive new data which is filled by a series of cryptographic hashes whose function is to record the data and store it so that it cannot be changed. To verify a Bitcoin transaction, the hash will generate a unique series of codes that are used to identify transaction data and also minimize fraud in the system. If the transaction data has been verified, a new block will be created in the system which will store the hash and also the code used by the hash of the previous block. This kind of data storage will help users to locate where the block is in the blockchain system. Thus, all transactions that occur in the system will be recorded properly.

The legality of Bitcoin was questioned at the beginning of its existence. This is because these assets are intangible and also not regulated by bank institutions or certain country governments, such as fiat currencies. However, in 2019 the Ministry of Trade (Kemendag) declared Bitcoin a legal digital trading commodity through Badan Pengawas Perdagangan Berjangka (Bappebti).

Although legal as a digital commodity, Bitcoin is not yet considered legal as a means of payment in Indonesia. This means Bitcoin is a legitimate investment instrument, however you cannot use Bitcoin as a payment method in Indonesia.

How to Get Bitcoin

As a beginner, it’s normal to wonder how to earn Bitcoin. One way is through mining, which will be explained in more detail below. Another way is to take part in a series of airdrop events where companies usually give away Bitcoin for free as part of the promotion of a new platform or to join in a faucet activity that requires you to perform a task in exchange for Bitcoin. Some other things you can do are trading, staking, and participating in Bitcoin affiliate programs. Last but not least, the easiest and fastest way is to buy Bitcoin directly through a crypto marketplace like Indodax.

How to Mining Bitcoin

Mining is a way to earn Bitcoin in the blockchain system by solving complex mathematical equations. The system was created as a means of validating every transaction made in the Bitcoin blockchain. In this process, transaction data is added to the blockchain so that everyone can agree on the same series of transactions. Simply put, miners are rewarded with Bitcoins after they successfully verify a transaction. Thus, all transactions that occur in the system will be validated and counted as unique transactions In addition, the Bitcoin mining process also acts as a secure Bitcoin production and distribution mechanism.

How to Buy Bitcoin

If you think Bitcoin mining is too complicated, then another way to get this asset is to buy it. Make sure that you buy it on a legal and safe crypto trading platform. In Indonesia itself there are many platforms that you can use to buy Bitcoin. To buy Bitcoin directly using fiat rupiah currency, you can transact through crypto exchanges such as Indodax. To buy Bitcoin using IDK (stablecoin of rupiah) or other cryptos, Tokenomy is one of the safe and trusted platforms because it is regulated by the Financial Services and Security Act 2010 (LFSSA) issued by the International Business and Financial Center (IBFC) in Malaysia.

How to Use Bitcoin

Once you have some Bitcoin, what can you do to use it? Basically, Bitcoin has been created as a digital currency therefore you can use Bitcoin as a means of transactions such as sending money to your relatives anywhere easily and instantly at any time, or buying goods in countries that already accept bitcoin as legal tender. You can also buy various products and services from a company with Bitcoin as long as they accept payments using this asset. You can even make charitable donations with Bitcoin as more and more organizations accept crypto assets in different parts of the world.

Apart from being a payment method, you can trade and invest in Bitcoin for profit. You can trade Bitcoin and take advantage of its price fluctuations. You can also make long-term investments as the price of this asset has historically continued to rise over time.

How to Trade Bitcoin

Trading is an activity of buying and selling short-term assets that follow price movements in the market. In order to be able to trade Bitcoin, you must first understand the ins and outs of the price movement of this asset. Understand how it works and also what are the things that affect its price movement in the market. Perform technical and fundamental analysis, and make a trading strategy carefully. Don’t buy and sell based on only your instinct. Activate the stop-loss feature to help you reduce the risk of losses that exceed your tolerance. Before actually jumping into trading, it’s a good idea to practice on a demo account first. On Tokenomy, you can spot trade between cryptos, and/or do leveraged trading on TokenomyX, as well as option trading on Dual Currency Deposit, to profit from Bitcoin.

How to withdraw Bitcoin

After you have made a profit through Bitcoin, the next thing you can do is withdraw the profit. The most common way is to do it through a crypto exchange like Indodax. You can exchange your Bitcoin for Rupiah so you can withdraw it to your bank account.

How to Invest Bitcoin in Tokenomy

Do you want to  invest in Bitcoin? The next thing you can do is open an account with Tokenomy and choose the investment method that suits you. Some of the steps you need to go through are the Know-Your-Customer (KYC) process as a form of identity verification and guaranteeing the Anti-Money Laundry (AML) regulations. The steps taken include taking a selfie with an identity card. Once you have successfully done these steps, all you have to do is enter the Tokenomy dashboard and start investing! Good luck!