We are thrilled to announce that Lyfe (LYFE) – Tokenomy’s Launchpad project will be listed on Tokenomy Exchange!

As of December 14, LYFE tokens have been fully distributed and LYFE can be traded on Tokenomy Exchange starting from 24th January 2019, 3PM (GMT +8)!

Lyfe is a decentralized wellness reward and gamification platform for a healthy lifestyle through blockchain technology.

Lyfe open-access cross-platform will reward you with Lyfe Token based on various fitness data points that you submit, from fitness application to wearable devices. Lyfe Rewards platform is the pioneer and the most flexible wellness rewards platform built on top of blockchain technology.

Risk warning: Tokenomy does not provide any investment, financial, accounting, valuation, tax, legal or other professional advice. All decisions to buy, sell or trade any Digital Asset using the Services are made solely by you, and you are fully responsible for all such decisions 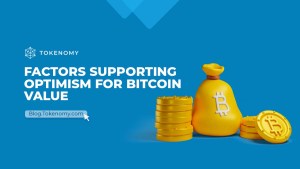